Will Bitcoin Replace Swiss Bank Accounts as Next Safe Asset?

Despite its volatility, Bitcoin has been the best performing currency in the world for 5 of the past 6 years. The rapidly increasing value of the digital currency and its decentralized nature have led it to be considered as the global safe asset for investors and traders.

For decades, Swiss bank accounts were the ideal global asset for most entrepreneurs and investors, due to its anonymity and privacy. Prior to the formation of a contract between the EU and Switzerland, anyone could open Swiss bank accounts, store funds and be free of all tax obligations.

The end of the Swiss banks era

However, after the US disclosed strict financial regulations on international banks that forced Swiss financial institutions to report financial and personal data of foreign bank accounts, both Europeans and American offshore account holders refrained from opening Swiss bank accounts.

Moreover, Swiss banks have become more hesitant towards serving American customers, due to the strict regulations by the US that they have to deal with.

“I sent a letter to executives at many … Swiss banks, describing the challenges that American citizens encounter when they want to open a bank account or just keep the one they have,”

The end of the Swiss bank era meant that investors and traders had to explore alternatives assets to store their money in. Precious metals like gold and silver have always been the go-to alternative but because of its low liquidity and its physical attributes, investors continue to search for other alternatives.

Recently, an increasing number of investors, particularly from China, have turned to Bitcoin as an investment tool to maintain their wealth. Bitcoin has attracted investors for several reasons that include:

As prominent Bitcoin venture capitalist Dan Morehead states, Bitcoin has been the best performing currency in 5 of the past 6 years. While reputable experts like Andreas Antonopoulos note that volatility is poor for Bitcoin as global currency, an increase in value is beneficial for investors looking for long-term profit.
View image on Twitter 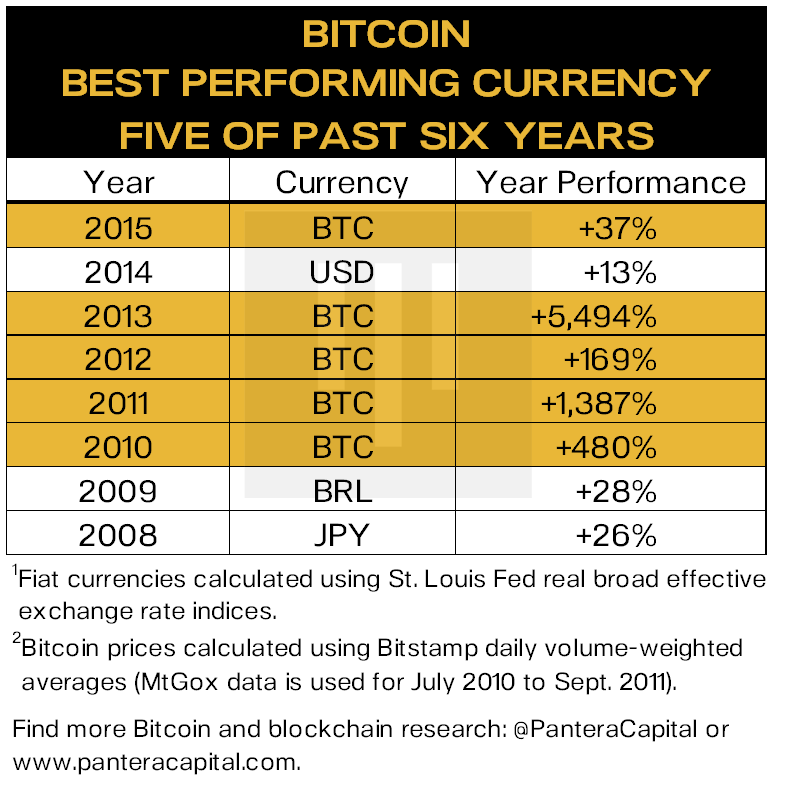 #Bitcoin — best performing currency in the world, 5 of the past 6 years. Just say no to “quantitative easing”.